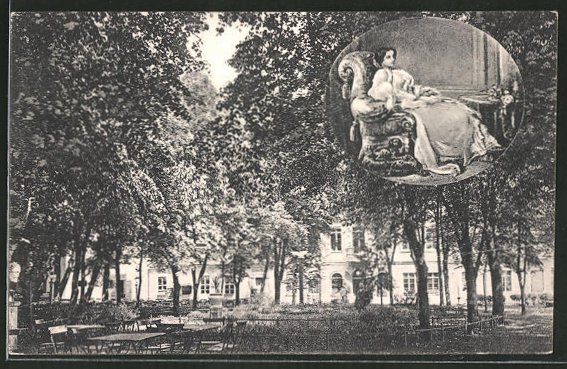 A postcard found in a Sissinghurst attic showing a distinguished country house accompanied by the words ‘Pepitah’s Ruh’, led to a nice little research expedition to an unknown home of Vita’s grandmother. Vita’s grandfather gave his mistress a house in Berlin to have a place to rest. Pepita was a very famous Spanish dancer in the 19th century, equal to Rudolf Nureyev a century later. Pepita always danced in a skirt consisting of a white and a black lace layer. Because of her quick swirls, the fabrics seemed to flow together. This effect has been taken over by the fashion industry and is known until this day as the Pepita check.

The history of the house until its demolition after the second World War, has been researched.